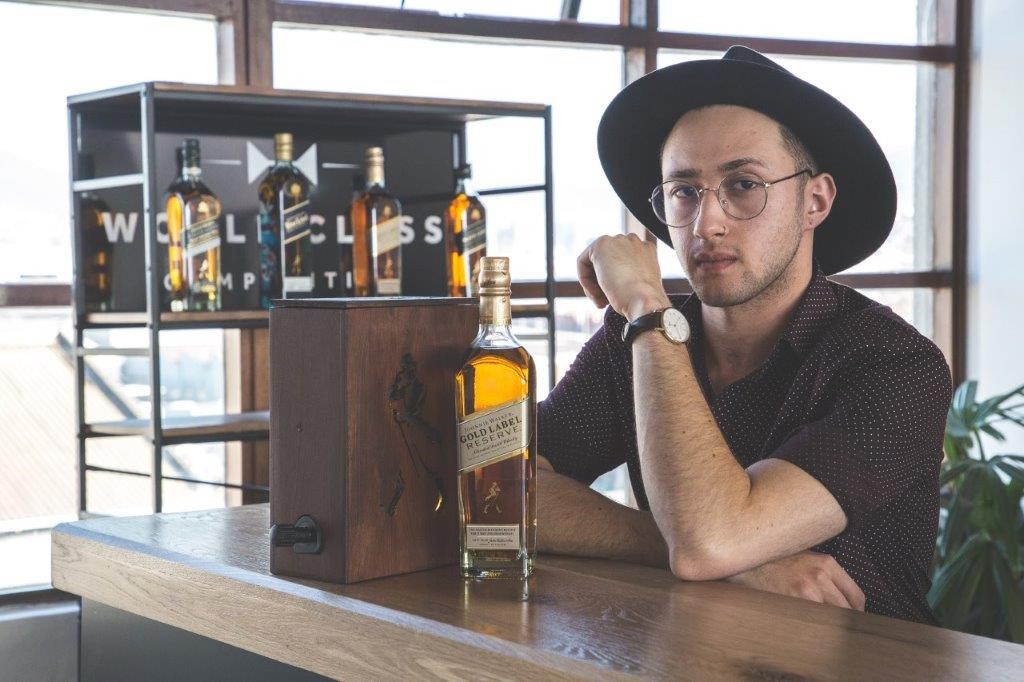 Young Capetonian bartender Joshua Hendricks will be winging his way to Australia in September to represent South Africa in the global final of the Diageo World Class competition.

The 24-year-old, from Bergvliet is the youngest person to claim top honours in the local leg of the competition, which has supported, trained and inspired over 400 000 bartenders, across 60 countries, for over 12 years.

In the knock-out challenge, 50 different spirits had to be identified correctly by the contestants until just one person remained. “I came fifth in this challenge, so I didn’t do that great. In fact, I did not win any of the rounds but I managed to be consistent about placing in the top three and this is why I had the highest mark at the end of the competition,” Hendricks said.

In the speed round, contestants had to create 10 original cocktails in eight minutes. “My best creation from this round was a Singleton honey sour, with a red wine and pear reduction between the foam. It is a New York sours type of drink which is done quite often, but the way I did it was amazing.”

The Tuesday saw two challenges for the mixologists, a heritage challenge where they had to make a group serve using one of the Johnnie Walker expressions based on their culture. “I am coloured so I made a rooibos pinotage tea blend which represented the aunties that sit and skinner in the kitchen, and a vermouth with crackling.” The serve went into what Hendricks calls a “fancy papsap” – a laser cut Johnnie Walker copy of box wine.

That evening during the food challenge, Hendricks chose a deconstructed paella and a saffron risotto croquette and spiced prawn to pair with his Singleton and apple fennel juice cocktail. “It had cumin infused vermouth and honey citrus with star anise – aromatic, fresh and tart so that the acid could cut through the fat of the dish.”

Saving the biggest task for last, the remaining six contestants had to create their own pop-up bar within 24 hours, using a concept of their own choice. “My concept was chrysalis - the metamorphosis of a butterfly, and the bar featured a garden atmosphere with autumn leaves and origami butterflies.” Contestants had to supply a four-drink menu. “Each of my cocktails represented a stage of the metamorphosis of a butterfly’s lifestyle. The judges like the concept and for me, this challenge was my favourite despite being stressful as I’d been planning it for such a long time that seeing it come to life so that people could experience it was really exciting.”

Hendricks was one of 100 up and coming barmen chosen from around the country to attend Diageo’s The Hand-Up Mentorship Programme last year. “It was a great experience and a useful refresher of knowledge I had forgotten, such as the history of cocktails. I definitely applied what I learnt at World Class, especially the speed round which mentally prepares you about patterns you need to follow and helps you to fine-tune.”

Hendricks will attend the Diageo World Class global final in Sydney in September, where he will take on 49 of the world’s best bartenders in a quest for the title of best in the world.

“I think if I prepare, I can do well. I am already preparing and planning and trying to get my head into the game and practice.”

Those wanting to try Hendrick’s cocktails can visit him at Fable in Bree Street for one of his experiential cocktails.

Diageo SA’s Marketing Director, Zizwe Vundla said World Class was an educational platform aimed to helping to upskill those working in the drinks industry so that they could create unforgettable cocktail experiences. “World Class also encourages consumers to think and care about fine drinking in the same way that they appreciate fine dining.”

Diageo is a global leader in beverage alcohol with an outstanding portfolio of brands consisting of Johnnie Walker, Crown Royal, J&B, Buchanan’s and Windsor whiskies, Smirnoff, Cîroc and Ketel One vodkas, Captain Morgan, Baileys, Don Julio, Tanqueray and Guinness and many more. Diageo's alcohol beverages are sold in more than 180 countries around the world. The company is listed on both the London Stock Exchange (DGE) and the New York Stock Exchange (DEO).